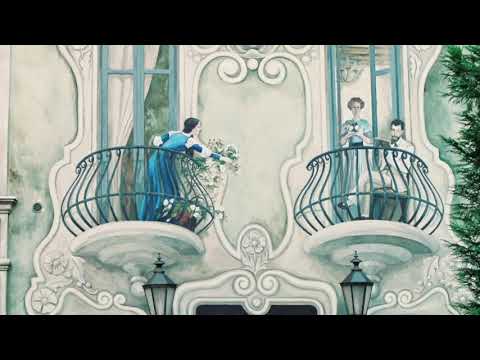 NOTE: This is written to listen as you go you will find links to the songs buried in the titles or in brackets after them. These bring you to YouTube, I would suggest you ‘right-click’ to open a new tab otherwise you will be taken away from the story. These songs form the fabric of this story as you go, so enjoy listening as you read.

This picture is dated 07.08.1928. This is, as you can probably guess is the Francisco Canaro Orquesta. The photo it is dated but I suspect this is not Canaro’s signature, just someone noting the time and date this picture was captured. To Canaro’s right is the famous singer Charlo. Also in the photograph is another Orquesta leader who was to play on and off all his career with Canaro. Often though, he would strike out on his own, most notably in 1930 for about two years and recorded an estimated 57 tracks between 1930 & 1931. His name is Minotto Di Cicco one of three brothers from Montevideo, Canaro’s home town who went into the music game.

Minotto has a soft spot in my heart, simply because he was of similar height to myself and often, like in this photo stooped to blend in, he is to the other side of Canaro. Add in that the average height in those days was less than modern times and add this to the fact Argentina is not exactly known as the land of giants, he was a veritable sore thumb. But, I digress.

Minnotto’s was one of the greatest and most respected bandoneon players at this time and dedicated himself to perfecting his playing technique and never dabbled in songwriting unlike most of his peers who all did as extra revenue streams. There was a daydream among tango lovers at this time that the 3M’s would play together. Minotto, Maglio and Maffia, they never did.

In late 1929, he was approached by Columbia Records, the rival label to Canaro’s label Odeon. Asked to direct and give his name to a new Orquesta, this must have been a major coup in Columbia not only hobbling Canaro’s Orquesta by taking probably his best Bandoneon and others at the same time but also securing Minotto’s name to lead it. Such a coup probably led to large expectations within Columbia’s Boardroom. The great and the good of Buenos Aires must have also been waiting with coloured ears predicting he would sound just like Canaro and his work does sound remarkably like Canaro at first listen. This lack of distinction and clear separation in sound probably was the main reason the Orquesta never reached the heights it should have, given the calibre of its musicians, it should have been a supergroup but like so many times across history record company generated ‘’supergroups’’ seldom thrive. This was a mistake for example Fulvio Salamanca did not make when he left D’Arienzo in 1957. His first releases were Adios Corazon and Nueve Puntos both had a new distinct violin signature sound that became Salamanca’s sound.

Part 4: The Magic Polish Underneath

It is only after a second and subsequent listening, that you see the hidden mastery and magic in these rarely played tracks. There is a Canaro-esque sound for sure but a level of polish that Canaro had not yet. Canaro at this time, still had in the background that delightful dark growling and dirty sound that makes the music from the late twenties so delightful (to me), Canaro would not transition to this level of polish in his music until the mid-thirties and his encounter with Maida.

Minotto’s sound brings to mind that other great perfectionist & Orquesta leader that polished his sound so much a decade later, Lucio Demare. This is how I would describe these recordings as if Canaro’s sound had a healthy dash of Demare’s perfectionism added and cooked until it was perfectly al-dente. This is all less surprising, when you realise who the rest of the musicians in the Orquesta are. Nearly all went on to have long and thriving careers in their own rights. In those days of post wall street 1930’s Argentina where the recession was deep as their main markets had shrunk export wise a regular wage as a label’s Orquestra member must have been a blessing and this is why time and chance gave us this lineup.

Part 5A: The Supergroup that was: The Strings

For line up let’s start with the Violins. Featuring first the Italian born Antonio Rodio who went on in the ’40s to have his own Orquesta in the 40, before stints with Calo and Rotundo. He composed for us classic tangos like ‘Maldita’ and ‘Y la Perdi’.  Antonio Rodio’s ‘La Cumparsita’ from 44, it is sublime, Click here to listen, but do come back 🙂

The next Violinist was another Italian from Messina, Sicily, Cayetano Puglisi who also briefly had his own Orquesta, check out ‘Inocencia’ from 1930 . He was famous before 1928 as the main violin and collaborator for the Roberto Firpo Orquesta, After his successful solo ventures and collaborations on the radio he floated around finally settling, when summoned after nearly all members of D’Arienzo’s Orquesta quit suddenly in 1940 in Montevideo. He started the same day as Fulvio Salamanca. That violin like honey in the background of D’Arienzo’s songs post 1940, that’s Puglisi who was nearly always chosen for the solos. If you have ever seen that live tv recording of D’Arienzo’s Orquesta doing the tango  LOCA – D’Arienzo Live in TV Studio and there is one violinist between the bandoneons and the piano who steps forward for a solo and simply for drama D’Arienzo is all over him. Urging him on, that is Cayetano Puglisi.

The third violin was Mario Brugni of whom not much is know except before and after this Orquesta he was with Francisco Canaro. He wrote one punchy tango which was recorded by Canaro with Charlo in 1928 called Bebamos Juntos.

These two were backed up on Double bass by the stalwart Luis Bernstein who was key in so many orquestas in the ’20s and ’30s and perfectly what one wanted from a contrabajo player, reliability and strength. He also composed over 33 songs, many well known. Check out on YouTube his composition ‘El abrojito’ as done by Osvaldo Pugliese and Alberto Moran. (Click here to listen to YouTube EL Abrojito)

Part 5B: The Supergroup that was, The Piano & Cantors

Next we move onto the Piano and we have non-other than Jose Tinelli. Tinelli started at 16 with the Odeon label as a session pianist. In this time he played with all the label’s greats including Maglio, Juan Canaro and soloist like Ada Falcon. He had his own orquestra and trios throughout the ’30s and ’40s after his time with Minotto di Cicco. He composed the most famously Por la Vuelta but also with his Orquesta gave us the cracking Milonga Nueva and El Embrujo de tu violin in 1938 a duet with Luis Mendoza and his wife Chola Bosch

That’s a lot of talent already, here we give an honourable mention to the two singers who recorded with the Orquesta, Antonio Buglione who stopped recording shortly after this and Jorge Omar who went on for the next ten years to become the voice of Lomuto’s Orquesta.

Part 5C: The Supergroup that was, The bandoneon heavyweights

Lastly we have the heavyweight front rows, The Bandoneons, as well as the marvellous Minotto we get in no particular order. Ernesto DI Cicco, Minotto’s brother. He can also be seen, in the original 1928 photo the similarity to his brother easy to spot. He wrote several tangos which were recorded by Canaro and Di Cicco. He returned and remained with Canaro for much of the rest of his career. Look up the Canaro instrumental called Pan Duro, I have played this myself several times.

Next is Gabriel ‘Chula’ Clausi, you kind of know, when they have a nickname they were significant. Clausi who played bandoneon with all the great orquestas and already a huge name when he joined. And was along with Ernesto Di Cicco, he was a prodigy of Pedro Maffia. He also played at the same time with Firpo and Minotto with the blessing of both and was highly respected for his bandoneon variations. He mysteriously was also called via telegram by D’Arienzo in 1940 to Montevideo to join the suddenly depleted Orquesta, waiting all day for his audition only to be told by Hector Varela that he was not needed masked under some poor excuse. He went on a tour of Europe with Juan Canaro and later in life settled and recorded many fine tracks in Chile.  As well as composing tangos he wrote the lyrics to many tangos including El Marne, Comme il faut, Retintin, La Guitarrita, Una Noche de Garufa, Rawson, Maipo all with the famous composer Eduardo Arolas. He also recorded around 35 tracks, sadly the fidelity of these is not to good from the ’40s with the likes of Ruiz. One delightful version of Amor y Tango with Chito Faro ,click to listen but do come back!

Finally we have Freddy Scorticati who not only was a cracking Bandoneon player later on the thirties he was to give us some of our favourite music to dance to. He composed the music to several classic songs including Alma (most famous with Carabelli) and also two of the floor filling thumping high energy OTV tracks from the late thirties Desesperanza (1939)  and Tango Milonguero (1940) . There is a symmetry here because from 1935 – 1941 Federico was the director and leader of Orquesta Tipica Victor and these tracks are still played regularly.

That concludes the supergroup but we still have a few little pearls. Back in 1918, Minotto was first asked to Join Canaro’s Orquesta to replace none other than Osvaldo Fresedo who was departing to start his own career.

The perfection of changes between phrasing is marvellous and so polished as well as little solo’s by each key figure.

But for me a long time favourite for listening is the beautifully composed instrumental “Ilusiones’’ composed by Alfredo Marengo who gave us that great milonga De pura cepa. This was not on youtube so I have added a version. Enjoy

If you enjoyed this and feel it adds a little to your tango map, please let me know by either liking or commenting or sharing. The more we share the more we understand and grow together. Thank you. Please go to my facebook DJ page and leave a comment 🙂