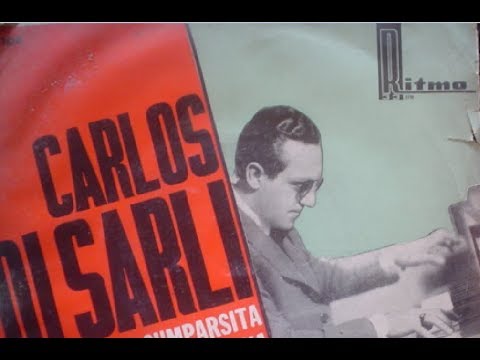 Alberto’s father died when he was very young. To help support his mother and five younger siblings, he left school, at about 12 years of age, to earn a living selling chocolates at the local theatre. Before he left school, though, he participated in a local radio program for children. Alberto sang a selection of songs by Carlos Gardel. His natural talent shone through even then.

Nicknamed “Gardelito”, Alberto continued singing for the local radio station until one day, the comic duo “Buono-Striano” invited him to travel with them around the country. Finally, in 1939, he moved to Buenos Aires and began working in a dance club alongside the musician, Roberto Caló.

Roberto and Alberto put together some castings of a selection of tangos; “Butterfly”, “Things Forgotten”, “Martyrdom” and “Who Died in Paris”.

Meanwhile, Roberto’s brother, Miguel Caló, urgently needed a vocalist to replace Mario Pomar in his tango orchestra. On Roberto’s recommendation, Alberto joined the orchestra at the Singapur Cabaret (and tango academy), located on Corrientes and Montevideo.

During this time, he met and collaborated with many prominent figures in the tango scene and eventually, through his friendship with Homero Exposito, recorded his first tango with the Domingo Federico orchestra.

One day, he was invited by Carlos di Sarli’s agent to visit Di Sarli’s home and audition. Carlos de Sarli hired him immediately, giving him the stage name: Alberto Podestá.

In a later interview, Alberto remarked on that night:

“When I was working at that place, one evening somebody brought me a card, it had been handed to the waiter by a gentleman named Vázquez, that was Carlos Di Sarli’s agent. He wanted me to meet him at a nearby barroom after my show was over. At the beginning I held it in my hands. As I realized I was creasing it, I put it into my pocket. Since the time the card was handed to me until the end of my performance my body was shivering. But I swear that I sang as never before. Imagine, to have the chance of singing with Di Sarli before I were 18. It was like a dream come true!”

While singing at the Buenos Aires Sans Souci club for Di Sarli, alongside the orchestras of Osvaldo Pugliese and the Tibidabo, Podestá also made several tours to perform and record in Columbia, Uraguay and Chile. Alberto also stood in for Aníbal Troilo, who had temporarily taken a leave of absence. Later, in 1951 he was recognised as an Honorary Member of the National Academy of Tango in Argentina.

Relocating to Chile in 1967, Podestá spent the next 3 years touring America. He performed in Colombia , Chile , Peru , Venezuela , Ecuador , Mexico , Dominican Republic and United States (New York, Chicago, Los Angeles, Boston and Philadelphia). He recorded about 500 songs during this time, including “Caño 14” and “The Old Warehouse” by Edmundo Rivero . He even turned his hand to ballet, performing with the dancer Juan Carlos Copes.

In 2007, Podestá was declared an “Illustrious Citizen of Buenos Aires”. Then, in 2008, he performed in the film “Café de los Maestros”, directed by Miguel Kohan. The film won a Clarín Award for Best Documentary.

Albert Podestá sang for the orchestras; Carlos Di Sarli, Miguel Calo, Pedro Laurenz and Francini-Pontier. He has never left his career, and continues to sing and perform. He is now 90 years old and from humble roots has spent a whole lifetime singing the music we love and continue to dance to even today.