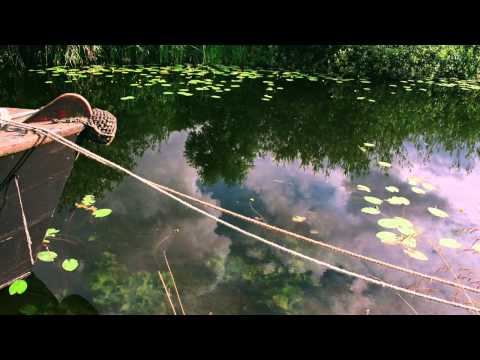 So we take a jump to 1944 with the song Amarras (Moorings) the very last track recorded by Hector Maure with D’Arienzo and probably D’arienzo’s most lyrical of the Epoca D’Oro period. A song well loved on most rondas.
.
The lyrics for both were written by Carmelo Santiago and the lyrics of this song are delightfully dark and poignant with the concept of being moored like a boat permanently to the pain of a lost love.
.
Hector Maure’s voice is strong and distinct throughout and with the violins feature strongly as a counterpoint to his flowing baritone voice. . In 1938 Maure was chosen as winner in a competition of 5000 singers on Radio Belgrano voted by over 200,000 listeners in total. The orquesta that supported the entrants was that of the Francisco Canaro’s brother Juan Canaro.
.
I always wonder was this last recording the breaking point between very two different styles and D’Arienzo could no longer travel this path towards lyricism that slowly his work with Maure had been creeping in the last 2 years. If you track the timeline of D’Arienzo/Maure to this point there is a distinct curve toward lyricism over compas. In the months subsequent to this there is little mention of Maure in the newspapers of the day with D’Arienzo.
.
If you listen to the recordings in the subsequent post Maure months,  with Echague we are firmly back in the comfort zone of trademark compas. Songs such as El Romantico and No nos veremos nunca are good examples.

Maure was in his youth was far from interested in Tango and singing, his passion was boxing and he was making a living as a boxer from 33-37 until a knockout made him rethink his career and he took up singing.  After leaving D’Arienzo he was a regular on Radio Belgrano as a soloist accompanied by guitars. He toured with the legendary guitarists Jose Canet & Roberto Grela a huge success in Argentina and Uruguay.

He went to Paris in 1949 on tour with Juan Canaro’s Orquesta but split due to disagreements before the opening night, possibly giving a hint of the diffulculties D’Arienzo had with him. In interviews about his singers D’Arienzo has always been polite but non exuberant about Maure.

Maure was a Peronist and as a result in the 50’s was shunned and disappeared from view in the resultant wave of post-Peronist censorship. He returned in the 60’s releasing several albums accompanied by many of the orquestras of the day but always released with his name only on the LP. He passed away of a heart attack in 1976 aged just 56

Post a new comment on the story: Amarras: The breaking point of the D’Arienzo and Hector Maure working relationship?