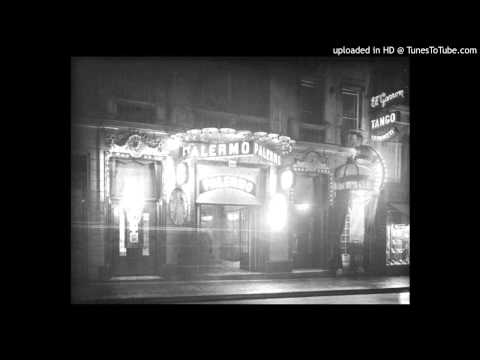 A post on a forum recently where someone complained referring to certain music as “B-side Shite” inspired me to have a look through my collection and dig out the B-Sides that are magical.
So how on earth can you find a link between the Beetles, the son of Irish emigrants to Argentina and B-Sides of Tango songs?

Well, read on about the interesting little story behind Odeon Label’s Matrix numbered 4110B, this tangent was something I noticed while researching some other tangos entirely, but have patience and hopefully enjoy.

Let’s forget Argentina for a moment and move our minds to Paris of 1925 because Francisco Canaro is coming, He just does not know it yet. It is still 1924 and back in BaAs Canaro is being Canaro, there were few sharper than him business wise in tango. It is time again for the “First Ball of the Medical Students” His annual headline gig since 1914 and the lucky break that shot him to fame. This was one of the biggest events of the BaAs social calendar as all these future doctors celebrated spring break. For the 11th Ball, Canaro, as was now traditional, had written a song El Once: el divertismento “The 11th: lets have fun”

Soon after the Ball had finished that night, a bunch of medical students took part in a prank and an administrator was accidentally shot and killed at the Hospital Pinero. The medical student who shot him, couldn’t have a more Irish surname, Ernesto O’Farrell and name derived from the Irish ‘O’Fearghail’ meaning ‘man of valour’, not in this case though! A strike of doctors followed this and the fall out lead to the cancellation of the Interns Medical Ball and negative associations with tango and Canaro, there was never a further edition of this ball and Canaro in his memoirs mentions this and talks about the loss to the tango world after this unfortunate incident.

So maybe to escape the negative publicity but also the impact of the great depression which was also choking the BaAs tango scene and probably already curious as lots of Argentine tango musicians were sending back news that Paris and Europe was booming for tango. Canaro headed to Paris.

In Paris the place to play was called El Garron and the Cabaret Hall Palermo in the 9th arrondissement. (Picture in Comments) Its full name was EL Garron Soupers. Here during his stay in Paris Canaro was a regular in the line up as well as touring Europe. Here also Canaro picked up and took a liking to the Parisian flavor that Argentine Musicians had given tango, this was to stay with him. Back many years later in BaAs and in 1938 as well as having a full Orquesta Canaro had a Quinteto called after his nickname Pirincho. It was with this Quinteto he recorded the song El Garron on 14 July 1938 and this became the B-Side of the shellac with matrix number 4110B. See picture in comments (compliments of Tangotunes)

El Garron was located on 6 Rue Fontaine near Pigalle. The site to this day is occupied by newer building from the post ww2 but retained the same function. In the 60’s an individual called James Arch had the idea of setting up night buses from the suburbs of Paris to the nightclubs and to capitalize on this he opened a club named after the famous New York Palladium Theatre. But in respect to the origins of the idea he called it the Bus Palladium and it became THE place to be in Paris with regulars like Salvador Dali and of course on stage in the 60’s were non other than the Beetles, I even found a picture of them on stage here. (see Comments for picture).

To this day the Bus Palladium is a concert venue and if you look at the modern photo you can see the building to it’ right was there too in 1925. (see Comments for picture)

The A-side of the shellac was the well known and punchy El Alacran. #BSideMagic #tangoclassics

Essays & Opinions: If men would be expected to wear jackets during tango, wouldn’t it be called Bikram T…
Martin van Kesteren | 04.02.23
Story